Join Us On Social Network For Fast Updates Of GK,Model Papers,Current Affairs : Click On Below Links :

NASA is testing the effectiveness of a flexible solar array, the Roll-Out Solar Array, or ROSA, on space station for the very first time. ROSA is expected to one day power satellites and spacecraft. NASA had earlier tested the ROSA technology in vacuum chambers on the Earth but this is the first time it is testing the technology in space.

China has unveiled world’s first train that runs on a virtual track making use of sensor technology instead of metal rails. 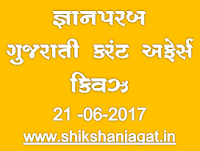 Larsen & Toubro has launched the first indigenously built Floating Dock (FDN-2) to repair Indian Navy ships at its Shipyard at Kattupalli, north of Chennai. The floating shipyard would be handed over to the Indian Navy after conducting three to four months of trial.

Ramamani Iyengar Memorial Yoga Institute, Pune has become the first recipient of the Prime Minister’s Award for outstanding contribution to promotion and development of Yoga.