The Union Government has appointed Ashwani Lohani as the new Chairman of the Railway Board (Ministry of Railways). Prior to this appointment, he was serving as Chairman and Managing Director (CMD) of Air India. His appointment comes after A.K. Mital resigned from post, owing moral responsibility of Puri-Haridwar Utkal Express derailment in Uttar Pradesh due to several lapses in track maintenance work. 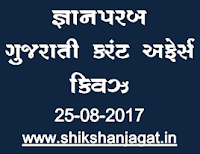 The Union Civil Aviation Ministry has eased several norms of Ude Desh Ka Aam Nagrik (UDAN), a flagship regional flying scheme to attract more airlines and helicopter operators to participate in regional connectivity scheme (RCS). The new norms were announced when the process for second round of bidding for the RCS were announced.  .  The winners of the second round of bidding will be announced by November 2017.

According to Japanese scientists, delicate mosses found on rocks and trees in cities around the world can be used as low-cost bioindicator to monitorurban pollution and to measure the impact of atmospheric change.