The Union Cabinet has given its approval to the proposal of Union Finance Ministry to promulgate an ordinance to suitably amend the Goods and Services Tax (Compensation to States) Act, 2017.

The Union Cabinet approved Memorandum of Understanding (MoU) to set up US $40 million India-Israel Industrial R&D and Technological Innovation Fund (I4F). The MoU was signed in July, 2017 during Prime Minister Narendra Modi’s visit to Israel.

The Department of Industrial Policy and Promotion (DIPP) under the Commerce and Industry Ministry is going to release a new industrial policy by October 2017. It is expected to replace National Manufacturing Policy (NMP) released in 2011. 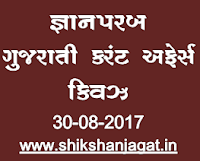 The Union Government (Department of Investment and Public Asset Management) has approved a 100% disinvestment through strategic sale along with transfer of management control of Central Electronics Ltd. (CEL).