The National Nutrition Week will be observed throughout the country from 1st to 7th September. The theme of for year 2017 is “Optimal Infant & Young Child Feeding Practices: Better Child Health“

The Ministry of Youth Affairs and Sports has approved constitution of 13-member Empowered Steering Committee (ESC).It will shape and influence India’s preparation for multi-disciplinary events, including 2020 Tokyo Olympic Games.

According to study conducted by researchers from University of Southampton, UK, extreme global warming event 56 million years ago was driven by massive carbon dioxide (CO2) emissions from volcanoes, during formation of North Atlantic Ocean. 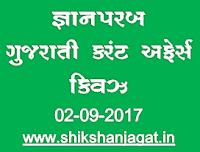