The 13th edition Yudh Abhyas 2017, a joint military training exercise between India and United States was held at Joint Base Lewis McChord, Washington,US. 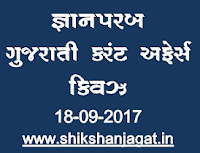 The Union Ministry of Home Affairs has launched full-fledged intelligence wing of Sashastra Seema Bal (SSB). SSB is paramilitary force that guards In dia’s borders with Bhutan and Nepal.