The Union Government has reconstituted six Committees of the Cabinet after recent ministry reshuffle. Defence Minister Nirmala Sitharaman who was elevated in recent Cabinet restructuring process was inducted as full time member of Cabinet Committee on Security.

Food Safety and Standards Authority of India (FSSAI) has launched ‘FoSCoRIS’, a nationwide online platform to bring in transparency in food safety inspection and sampling. The food regulator has asked all states to adopt this system as it would help eliminate discrepancy and make food safety officer accountable. 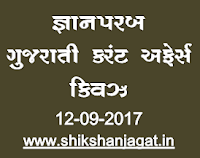 The Union Cabinet has approved Memorandum of Understanding (MoU) between India and Japan for collaborative research in the field of silkworm and silk industries. The MoU was signed between Central Silk Board (CSB), India and National Institute of Agrobiological Sciences (NIAS), Japan in November 2016.

The United Nations Security Council (UNSC) has unanimously passed new set of tougher sanctions against North Korea over its sixth and most powerful nuclear test (claimed to be Hydrogen bomb).