For the first time in the history of the World Trade Organization, WTO members and observers have endorsed a collective initiative to increase the participation of women in trade. In order to help women reach their full potential in the world economy, 118 WTO members and observers agreed to support the Buenos Aires Declaration on Women and Trade, which seeks to remove barriers to, and foster, women’s economic empowerment.

Nine years after it took upon itself the task of regulating ads and content relating to sex-determination tests banned under local law, the Supreme Court has now washed its hands of the matter and left it to the government to take care of such issues in consultation with the search engines. The court cited lack of expertise as a reason for this.

The government has signed a Financing Agreement for IBRD loan of USD 250 million (equivalent) for the “Skills Acquisition and Knowledge Awareness for Livelihood Promotion (SANKALP) Project” with the World Bank.

‘The Legatum Prosperity Index 2017’, an annual ranking developed by the London-based Legatum Institute, has been released. 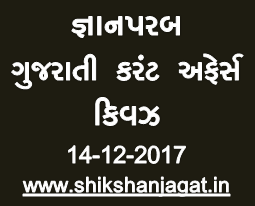 Sri Lanka has formally handed over its southern port of Hambantota to China on a 99-year lease, which government critics have denounced as an erosion of the country’s sovereignty.

Pakistan has rejected India’s plea for consular access to death row prisoner Kulbhushan Jadhav at the ICJ, claiming that New Delhi wants the access to get the information gathered by its “spy”. In its counter-memorial submitted to the International Court of Justice (ICJ), Pakistan said the provision of such an access under the Vienna Convention is only for legitimate visitors and not for spies.