A National Workshop on Role of Sakhi One Stop Centres in Strengthening Multi Sectoral Response to Violence is being held in New Delhi. The workshop has been organized by the Ministry of Women and Child Development. Around 400 Sakhi- One Stop Centre Functionaries and nodal officials from State Department of Women and Child Development from 33 States/UTs across the country, are participating in the workshop.
The conference provides platform to understand, discuss and deliberate on strengthening the multisector response to address violence against women through the Sakhi One Stop Centres across the country.
NITI Aayog’s Atal Innovation Mission has decided to celebrate Atal Tinkering Lab’s Community Day on December 15th.
About the ATL Community Day:
The Atal Tinkering Lab Community Drive Initiative is aimed at maximizing the impact of Atal Tinkering Labs by extending innovation to children in the community who do not have access to formal educational institutions. The purpose of this initiative is to provide these children with the same educational tools as the students in Atal Tinkering Labs to enable them to become problem solvers.
The day will mark the Community Drive Initiative in which 25 young Mentors will engage with more than 200 students who are not enrolled in the formal education system. These mentors will visit four locations in New Delhi to conduct brief sessions with children from various NGOs, on how innovations can help resolve the problems in the communities. 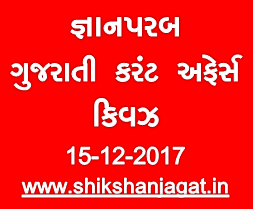 CSR Summit for Pioneering Cochlear Implant Surgery under CSR initiative of Airport Authority of India (AAI) through Artificial Limbs Manufacturing Corporation of India (ALIMCO) was recently inaugurated. This major CSR initiative of AAI will help the children to completely overcome their hearing disability, thereby enabling them to hear and speak coherently and making them fully independent to lead a normal and productive life. This effort will not only bring these underprivileged children to the mainstream of life but will also contribute to national economy.

The bilateral annual exercise is a 14-day joint military training between the Indian Army and the Maldives National Defence Force (MNDF), which is held alternatively in India and Maldives since 2009. The seventh edition of the exercise was held at Kadhdhoo, Lammu Atoll, Maldives in December, 2016.
The focus of the exercise is to acquaint both armies with each other’s operating procedures in the backdrop of a counter-insurgency or counter-terrorist operations in an urban or semi-urban environment under the United Nations (UN) Charter, with an overall aim to enhance interoperability between the two armies.
‘Ekuverin’ means ‘friends’ in the Maldivian language.
The Eleventh Ministerial Conference (MC11) of the WTO was held in Buenos Aires, Argentina. The meeting ended in stalemate after U.S. criticism and member country vetoes, raising questions about the body’s ability to govern increasingly disputed global trade. However, the outcome of the conference was a positive one for India as the country was able to secure the interests of its farmers as well food security for the poor.
टेट 1 परीक्षा के लिए बुक ऑनलाइन खरीदने के लिए इस लिंक पर क्लिक करे