Hello Aspirants !! Here are all important current affairs in short notes. With this website at hand, you will get a grip to the entire sphere of the knowledge. The sub sections provide a better introspective to the various genres with an added section for the current affairs to keep you updated to the most.

To Download Current Affairs In GUJARATI Click On link Given In Bottom
The folk painting of Madhubani will soon be seen decorating the walls of various government buildings in Bihar, the eastern Indian state where the art hails from. The idea behind painting the town in Madhubani is to give visitors a firsthand experience of how the paintings are blended with the region’s culture.

Haryana has achieved the distinction of becoming the first state in the country to launch High Risk Pregnancy (HRP) Portal. The Union ministry of health and family welfare and Niti Ayog have acknowledged the portal as a good practice to be implemented.

A one-day National Conference on Welfare of Laboratory Animals was recently organised by CPCSEA, Ministry of Environment, Forest and Climate Change, with the theme of “Implementation of 3Rs (Replacement, Reduction and Refinement) while using animals in academic research and regulatory testing in India.
The conference laid emphasis on the issue of ethical use of animals in academics and regulatory testing in India. The discussions were focussed on evaluating the possibilities of exemption of animal experiments in academics and regulatory testing.
Considering the “dynamic progress” made in modern science to adopt painless methods of causing death, the court had asked the government to explore viable methods other than hanging to execute condemned prisoners. 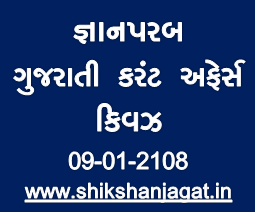 A UK-wide ban on the manufacture of products containing microbeads has come into force on 9 January. Manufacturers can no longer add tiny pieces of plastic to wash-off cosmetic and personal care products (such as exfoliating scrubs, shower gels and toothpaste).
The effect happens as the astronauts’ spines stretch out, because of the reduced gravity on board the floating lab. Because the vertebrae aren’t being pushed together as much as they are on Earth, they are able to float apart and lead to the strange stretching phenomenon. They shrink back down to their usual size once back on Earth and affected by its gravity.
Scientists in India have discovered rock art that appears to depict a supernova and the surrounding stars, buried inside the wall of an ancient dwelling place. Thought to date from 3,600 BC, the carving would be the oldest-known depiction of such a cosmic event.
टेट 1 परीक्षा के लिए बुक ऑनलाइन खरीदने के लिए इस लिंक पर क्लिक करे