As per the Census Directorate, 42 Indian languages are said to be endangered. Due to the small number who speak the languages are expected to soon be extinct. The languages include dialects as well. The 42 languages are considered endangered because they are spoken by less than 10,000 people.
The endangered languages include, 11 from Andaman and Nicobar Islands- Andamanese, Jarawa, Lamongse, Luro, Muot, Onge, Pu, Sanenyo, Sentilese, Shompen and Takahanyilang, 7 from Manipur- Aimol, Aka, Koiren, Lamgang, Langrong, Purum, and Tarao, and 4 from Himachal Pradesh- Baghati, Handuri, Pangvali, Sirmaudi. Mandi, Parji and Pengo from Orissa, Koraga and Kuruba from Karnataka, Gadaba and Naiki from Andhra Pradesh, Mra and Na from Arunachal Pradesh, Tai Nora and Tai Rong from Assam, Bangani from Uttarakhand, Kota and Toda from Tamil Nadu, Birhor from Jharkhand, Nihali from Maharashtra, Ruga from Meghalaya and Toto from West Bengal.
A central scheme is in place to protect these languages. The Central Institute of Indian Languages has been working on the conservation of these languages. Under the programme, grammatical descriptions, monolingual and bilingual dictionaries, language primers, anthologies of folklore, encyclopedias of all languages or dialects that are endangered are being prepared. There are currently 31 languages in India that have been given the status of official languages by state governments and union territories.
Distinction between the two based can be made based on the concept of Mutual intelligibility. Two languages where speakers can understand each other are considered dialects of the same language, whereas two languages where the speakers cannot understand each other are separate languages.
Historically two dialects with close enough continuous contact will remain mutually intelligible. With enough separation in time and space dialects will eventually turn into separate languages.
President Ram Nath Kovind has approved the Prevention of Cruelty to Animals (Karnataka Amendment) Bill making Kambala a legal rural sport in Karnataka. With this, all apprehensions and obstacles that were preventing kambala have been cleared. 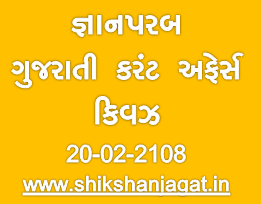 Karnataka government had promulgated Prevention of Cruelty to Animals (Karnataka Amendment) Ordinance, 2017 on July 20 last year. The Bill seeks to exempt kambala and bullock-cart racing from the ambit of the Prevention of Cruelty to Animals (PCA) Act, 1960.
Kambala patrons are celebrating as they have almost won the battle. It is indeed a huge victory for the traditional slush track buffalo race, but a temporary one. Unless a scientific study is undertaken to prove that buffaloes used for ploughing in coastal Karnataka are also fit for racing, there is always the threat of the court staying the sport. Those against the sport have been claiming that the anatomy of buffalo is not fit for racing. Hence a scientific study is essential to prove the same. The government must constitute a scientific committee comprising of physiology and anatomy experts, doctorate holders and invite scientific reports stating that the buffaloes used for plouging purpose are fit to run in slush tracks.
Private banks will bring innovations in products, technology and customer servicing and a market-based discipline to lending. Private banks, knowing that they cannot count on government’s protection, are unlikely to engage in the sort of risky lending that characterised public bank lending. Also, they will not be subject to the same pressure from politicians and others in government that has destroyed the public sector banks.
The public-sector banks, which constitute almost 70% of the Indian banking system, are saddled with burgeoning stressed assets. The government has already injected over ₹2.6 lakh crore in the public-sector banks through recapitalisation in the last eleven years, which has had limited impact in improving the health of public sector banks thus far.
Therefore, recapitalisation of PSBs alone is not a permanent solution and will not be effective unless the inherent issues related to governance, productivity, risk management, talent, customer service, etc. are resolved. The government should shrink unproductive public sector banks and move forward with increasing private sector participation in the banking sector.
Click Here for Today's Current Affairs File