Recently India’s agriculture ministry has decided to reduce royalties paid by Indian seed companies to Monsanto for its genetically modified (GM) cotton by 20.4%.
Cutting Monsanto’s royalties, the government also lowered the prices of GM cotton seeds by 7.5%.
In February, the Competition Commission of India, decided to probe into anti-competitive practices by Monsanto.
At the centre of all this is the pink bollworm infestation plaguing cotton farmers.
In the wake of the pink bollworm crisis, the industry wants to go back to BG-I(Bollgard I) — the original version of Bt seeds introduced by Monsanto. 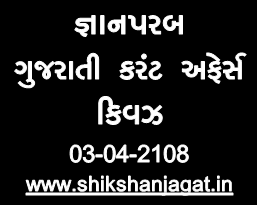 Why does industry want to go back to BG-1?
Monsanto entered the Indian market in 2002 with BG-1 variety of the genetically modified seeds. Monsanto’s seeds are sold through domestic manufacturers.
Though developed by Monsanto, BG-1 variety is not patented.
By reverting to it, Indian seed companies will no longer have to pay any fee to Monsanto, which introduced genetically modified cotton seeds in the country.
Monsanto introduced BG-II variety, which has two genes with traits of resistance against the bollworm. This extra gene (Cry2Ab) is supposed to have resistance against pink bollworm. But the gene has failed.
So, it rather makes business sense to revert to BG-I. It has a single gene Cry1Ac, which is still effective against American bollworm, another major pest attacking cotton.
The seed can be made without paying any technology fee to Monsanto.
Who is ‘Monsanto’?
Monsanto is a multinational agricultural biotechnology corporation. Monsanto is the largest producer of genetically engineered (GE) seeds (Eg: Bt Cotton).
These seeds prevent farmers from re-planting seeds throughout the seasons by producing a sterile seed, which is unable to reproduce. These are called as terminating seeds.
This forces the farmer to turn to commercial seeds, profiting the large corporations.
Those who can’t afford to replace seeds seasonally especially poor farmers are greatly impacted by the terminator seed.
Monsanto asks farmers to sign an agreement when they buy the seeds to only use them once. The resulting crop can be sold for things like feed or oil, not to create another generation of seeds.

What is Bt (Bacillus Thuringiensis)?
Bacillus thuringiensis (Bt) is a bacterium that occurs naturally in the soil and produces proteins that kill certain insects.
Through biotechnology, scientists can use these naturally occurring Bt proteins to develop insect-protected crops that protect against insect damage and destruction.
When targeted insects eat the plant containing the protein, they ultimately die; but impact of Bt on humans and other animals is still being questioned.
What is that unique issue with BG II in India?
China still successfully controls pink bollworm with first-generation Bt cotton. The U.S. and Australia are moving on to third-generation BG-3 without having faced this problem.
The reasons for India to suffer this misfortune are that –
The pink bollworm grew resistant because India restricted itself to cultivating long-duration hybrids since the introduction of Bt cotton in 2002.
Hybrids are crosses between two crops that often see higher yields than their parents. All other Bt cotton-growing countries mainly grow open-pollinated cotton varieties rather than hybrids.
When Monsanto licensed its BG and BG-2 traits to Indian seed companies, the agreement restricted the introduction of these traits to hybrids only.
Because in India intellectual property laws have not prevented its farmers from either saving or selling seeds. In the U.S., where plant varieties are patented, the patented seeds cannot even be reused.
Due to lack of such protections, several seed companies in India prefer hybrids because unlike open-pollinated varieties, hybrids lose their genetic stability when their seeds are replanted. This compels farmers to repurchase seeds each year, protecting corporate revenues.
Hybrids seeds are expensive and they are also bigger and bushier. This will force farmers to cultivate them at low densities.
So to make up for the low densities, Indian farmers grow them longer so that they produce enough cotton.
The pest does its most damage in the latter half of the cotton-growing season. So, the long duration of Indian cotton crops allows this pest to thrive and evolve resistance more quickly than it can for short-duration crops.
Way ahead
One view is that the solution to the problem may be to move swiftly to short-duration varieties i.e. Monsanto’s first-generation Bollgard.
Seed companies cannot develop open-pollinated varieties with BG-2, but they can with BG, since Monsanto didn’t patent BG in India.
However, not everybody agrees with this strategy.
The more critical question is, even if the government incentivises a return to BG, will all seed companies stop making BG-2 seeds?
Studies predict that even if India cultivates both BG and BG-2, simultaneously, that can accelerate resistance among pests. This could trigger the emergence of new cotton pests.
Some experts say that the actual problem lies with long duration crops. So government should stringently clamp down on long-duration crops.
Click Here for Today's Current Affairs File
Tag : Current Affairs